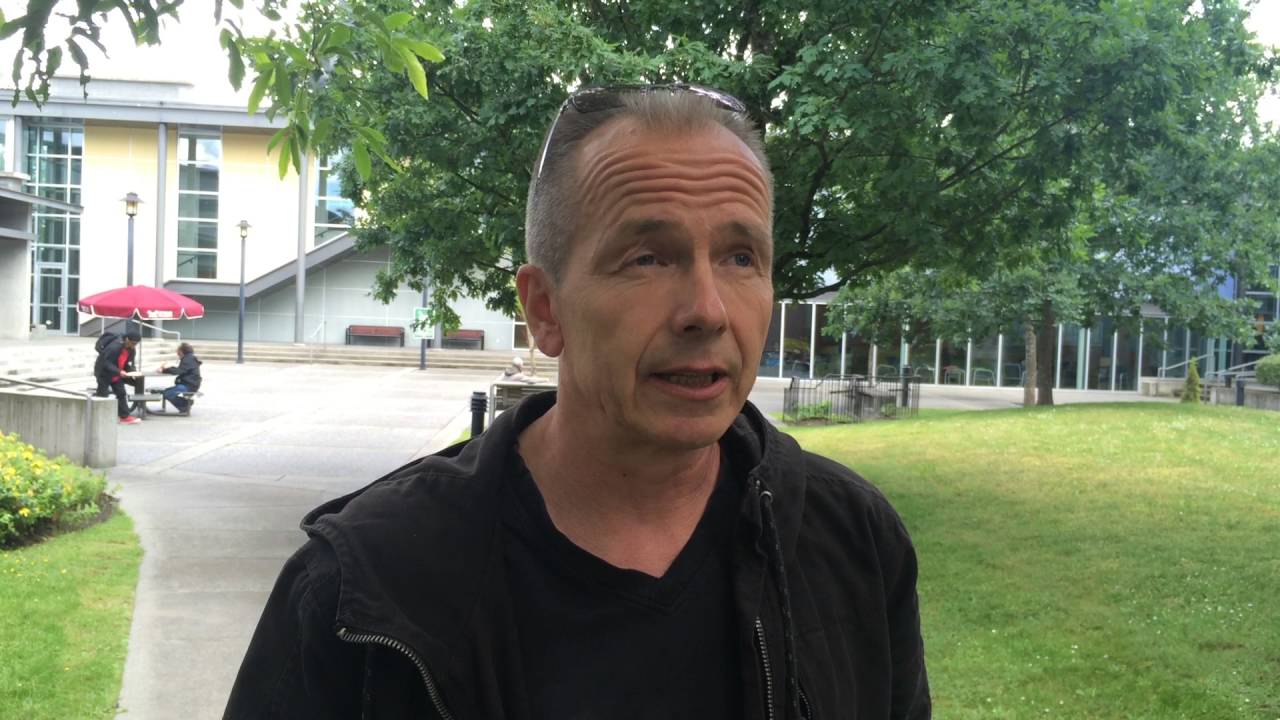 Fentanyl and analogues are synthetic Opioids of at least 13 different kinds.  Fentanyl & analogues are made by pharmaceutical companies and some are made by organized crime.  Pharmaceutical Fentanyl is used for pain management, anaesthesia and diverted fentanyl is being used recreationally.  Russian Special Forces used a gas form of Fentanyl as a weapon in 2002 during the Moscow Theatre Hostage crisis.

The West Kootenay/Boundary is seeing Fentanyl and/or heroin being accepted and used to quench the thirst of people who use drugs recreationally as well as people who are living with addictions to opioids instigated previously when there was an abundance of pharmaceutical opioids on the streets.  ANKORS and other outreach agencies are receiving anecdotal reports that people are using fake Oxys “fentanyl” because it is difficult for them to access pharmaceutical opioids on the street.  A recent Walrus article, Oxy Town, portrays a small town in the Chatham-Kent region of Ontario where there was once a high rate of Oxy Contin use and due to unavailability of this pharmaceutical people have moved to the use of other drugs such as fentanyl.[1]

Our main defence against opioid overdose is Naloxone accompanied by overdose prevention strategies.  A pilot project initiated Aug 31, 2012 to now a program of BC Centre for Disease Control is providing opportunity for people who use illicit opioids to access the life-saving antidote Naloxone.  Physicians and Nurse Practitioners are able to prescribe and dispense Naloxone but currently they must be connected to the BCCDC Take Home Naloxone program. [2]    A brief Naloxone training is provided to the consumer before it can be dispensed.  Naloxone has helped many to reverse the effects of opioid overdose if administered on time.  The hope is to have Naloxone accessible for anyone including family members or friends of people who use opioids.    Anecdotal reports from people who have used Naloxone on a person in opioid overdose claim Fentanyl overdoses are using more than the two vials available in the kit to revive an overdose.  (A Naloxone kit has two vials with .4mg in each vile.)  A report from a hospital emergency physician indicates emergency protocol is to have a continuous intravenous drip of Naloxone for fentanyl overdose until the physician feels the person is cleared of overdose.

In many of the recent alerts and media announcements we are told that Fentanyl is 50 to 100 times stronger than morphine.[3]  This is true for the pharmaceutical Fentanyl such as the Duragesic Fentanyl patch and a-Methylfentanyl which is less potent by weight yet longer acting.[4]  Research states that some of the non-pharmaceutical fentanyl analogues i.e. 3-Methyl fentanyl can be from 400 to 6,000 times stronger than morphine depending on what isomer (precursor) was used to create the drug.[5]  In a study by the European Monitoring Centre for Drugs and Drug Addiction; “Fentanyl In Europe” an EMCDDA Trendspotter Study documents Estonia and a number of EU Member States to have 3-Methylfentanyl available and is also seeing a large number of overdose deaths.  Precursors to making pharmaceutical fentanyl and analogues are strictly prohibited and only available to the pharmaceutical entity Jansen.  The Jansen precursor has markers to identify it and is very difficult for clandestine operations to access it.  However the precursors to making non-pharmaceutical fentanyl analogues are available notably in countries such as China.

It is not clear what kind of fentanyl clandestine operations in BC are providing to consumers; this information does not seem to be available.  It is also not clear if it makes a difference which analogues are being sold on the street; what is clear is the increasingly high rates of overdose. There seems to be a problem in regards to mixing fentanyl analogues to a preparation that is potentially not toxic although we do know that drugs affect people differently.  For example if we imagine a quest of entrepreneurism for trafficking fentanyl we would look at a gram of pure fentanyl that is 100 times stronger than heroin.  The entrepreneur would then potentially have to use a filler to make doses that are at a dose level that is potentially non-toxic (can’t sell drugs to dead people).  Let’s look at the equation: 1 gram of fentanyl and add fill/buff to equal 100 grams of fentanyl to equal the strength of morphine or heroin.  If it is to be pressed into pill form then it has to be broken up into single doses.  There are approximately 40 or more doses in a single gram of a purer form of heroin depending on a person’s tolerance.  Once the filler is added and providing the mixing is done accurately and correctly then 100 grams would have more than 4,000 doses.  Mixing fentanyl is extremely difficult to make an accurate dose hence one possibility in the rise of fentanyl overdose.  Judging by the minute amounts that it takes to make one dose, a slight mistake could be lethal.  Anecdotal reports heard at Harm Reduction program sources state “Sometimes I take one fake Oxy and nothing happens and sometimes I’ve shared one and I’ve dropped or seen someone drop”.

There are many variables that can affect Opioid overdose such as mixing drugs, mixing Opioids with alcohol, strength of drug, how the drug is ingested, people’s health, amount of sleep, nourishment, age, gender, size, people who are opioid naive, people incarcerated or people who have stopped using Opioids whether incarcerated for a short period/long period of time or a self-induced sabbatical from the use of substances.  A great deal of variables can come into play when it comes to risk and opioid overdose; one person may be able to consume large quantities where another person may use a minute amount and be at risk of overdose.

The Coroner’s report that not only fentanyl but multiple drugs have been found in some people that have overdosed.  Media reports people unknowingly ingesting fentanyl thinking they are ingesting drugs such as cocaine, crystal meth, etc.[6] Laboratory busts have found fentanyl is being processed in the same place as other drugs. Cross contamination from used plastic bags, containers or pills pressed with fentanyl residue can in effect put someone at high risk of overdose in particular if opioid naive.  Another theory is drugs like cocaine or heroin are being salted or cut with fentanyl to increase the effect of a drug that may be of lower quality and it is possible that some people are knowingly mixing drugs but may not be aware of the high risks of mixing.  It is not clear how multiple drugs are being consumed.

Physicians state they are seeing diversion of pharmaceutical fentanyl and other opioids i.e. morphine, hydro-morph, methadone, oxycodone etc. to the drug trade.  Some physicians are implementing procedures for people receiving prescription fentanyl patches; patients must return the prescribed fentanyl patch to a pharmacy prior to refilling the prescription.

In the past several years service providers working in the field of Harm Reduction programming are witnessing people being weened or cut off of prescription Opioids by their physician if it is believed there is evidence of addiction and/or diversion; this practice leaves large gaps in services.

It is not so simple to cut people off and expect people to maneuver their way to abstinence without health care and social services first implementing or stabilizing resources. In the Kootenay/Boundary there are geographical barriers to accessing Opioid Substitution Treatment as well as to meeting the expectations to adhere once on the program.  People being forced or seeking recovery are limited to unrealistic waiting periods, and are limited to options for detox and abstinence based programming. It seems none of this is necessarily the responsibility of the physician.  People are then left to their own means.  The option to use street drugs such as heroin or fentanyl is available and being used by many to fill the gap.  It is unacceptable to expect people with addiction issues to seek help to stop and find alternatives to pain and/or mental health issues; it is much more realistic to do this with supports in place.  We need to strive for effective models of integrated services that would hold physicians accountable and provide them with professional support as well as address the complex care needs of individuals who use drugs.

Decreasing the number Opioid prescriptions and/or the dosing of opioid for individual clients living with chronic pain over the past several years has puts more weight on an already overworked and taxed system of treatment.  If we find ourselves in the throes of addiction and try to access treatment, we will find, if we are able to make an appointment with appropriate service, a back log of people already trying to access detox and treatment or day treatment and/or Opioid substitution treatment.  What do we do if there isn’t room for treatment when the window of opportunity shows itself?  People who live a marginalized life are finding access to treatment much more difficult than someone who lives a more privileged life.

Ending the drug war is the solution.  Given that the current ‘war on drugs’ strategies have failed to appropriately address addiction and have exacerbated their deadly consequences, in fact ending the war on drugs is the only sustainable long term solution.  However in the interim we can mitigate opioid overdose and its consequences with the following recommendations.

Fentanyl is available in many of BC’s communities.  Fentanyl analogues are filling the niche of pharmaceutical opioids that are less available or no longer available on the street.  We are seeing an incredible spike in overdose related to fentanyl use, there is little research to support efforts to deal with this new phenomenon.  Enforcement has its place but will do little to alleviate overdose, death, addiction and blood borne infections.  We need a community, a regional, a provincial a national fentanyl strategy.  Improvements in partnerships and collaborations would be helpful, which mean that it’s important that all stakeholders come to the table.

Short of the science available, if organized crime can smuggle in a pound of pure fentanyl, an equivalent to a train car load of heroin, in a purse, I am persuaded to believe that market strategies would dictate fentanyl and analogues are here to stay.

Therefore, the onus is on health care and treatment agencies, social service agencies, enforcement, correction agencies and the people who are at risk of addiction and overdose to meet, to work together, to find solutions to what seems to be idling, in the background and taking lives.